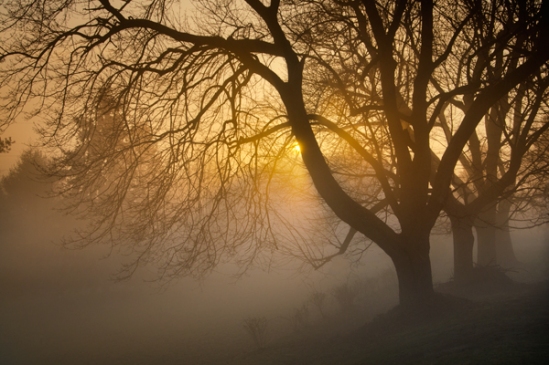 This weekend included another mud sale in the region, and the day started with heavy fog, which quickly burned off to reveal beautiful sunny skies. I would rather have overcast to shoot people pics, but you take what you can get. I arrived at the sale location almost an hour and a half early so I could park reasonably close to the sale, mainly because I absolutely hate taking shuttle buses to and from an event. The image shown here was the first image of the day  and was taken as I walked the hundred yards or so from where I parked to the sale site. I liked the receding trees in the early fog and the sun making an appearance. I will share some Amish shots from the sale over the next few days, which includes a great image of some Amish girls I photographed,so stay tuned.