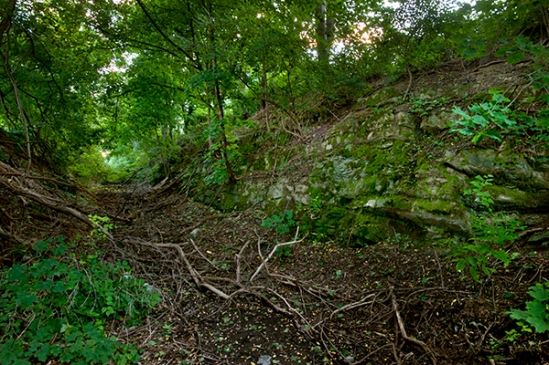 This is a pair of shots looking up the old railroad line near my home.A rail trail is going to be built in the coming months and has been the source of much stress over the past year. For close to 5 years,some of which had me serving as a trail committee member,I was involved in trying to do the right thing for the residents who live along the trail.Two months before the project was set to begin,some moron comes up with the brilliant idea to fill this historic section in with dirt to save money. it is very scenic with rock outcroppings and such but a promised tunnel under a road was said to be too costly,so the idea to add fill actually became reality. It is estimated to take several thousand truck loads of dirt to fill in what was a beautiful corridor,so the lesson I learned is never trust elected officials to do as they promised.