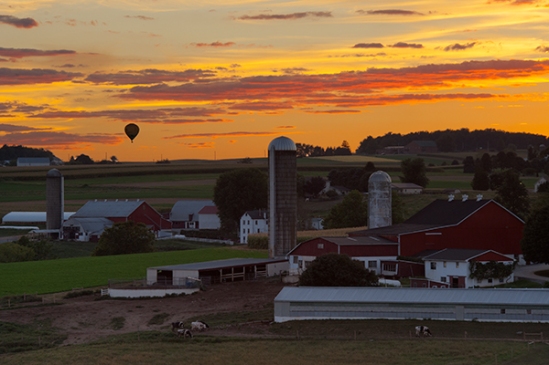 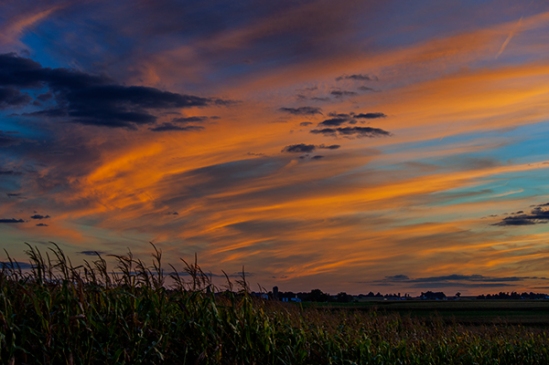 Some folks have expressed they like to hear the back story on my images so I thought some might enjoy this bit of irony. I set up on the side of the road this past sunday at this farm I found because I like the way the road leads in,and I wanted to get a buggy going by within the scene. Camera is on a tripod on my truck roof pointed down the road and I use a remote to fire it and view said image on the tablet on my lap. Well after getting the top image, a half hour goes by with nothing and it is nearing sunset when the three Amish ladies walk toward me and one gets brave enough to ask what I am shooting? I quickly blurted out I was waiting for a hot air balloon to come over and they continued on their way and I thought to myself how absurd was that to think I could sit somewhere and wait for a balloon? Well I decided it was getting too dark for anything moving and the sunset was getting real nice so I headed up the road about a mile to the spot in the lower shot, and I was not there two minutes when a hot air balloon appeared over the field in the distance where I just was parked earlier. I stood there in utter amazement, and decided to rush back that way to see the balloon and get a shot. Well till I drove a mile it had already landed and was nearly fully deflated and guess where it landed? You got it, right in that field to the left of where I was parked for the last hour. The bottom photo shows the sunset after all the excitement and what was really frustrating was how beautiful it was and I had nothing to include with it where I was situated. When someone says painterly,this sky is what I think of.

6 responses to “You Must be Kidding”