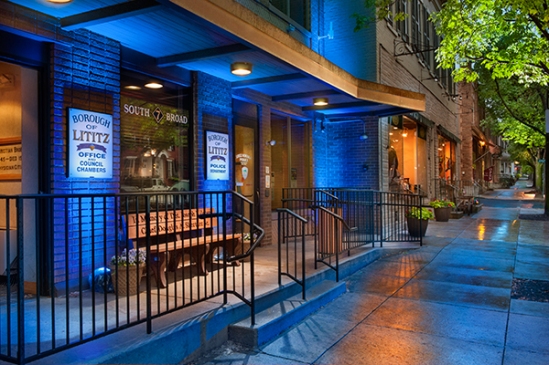 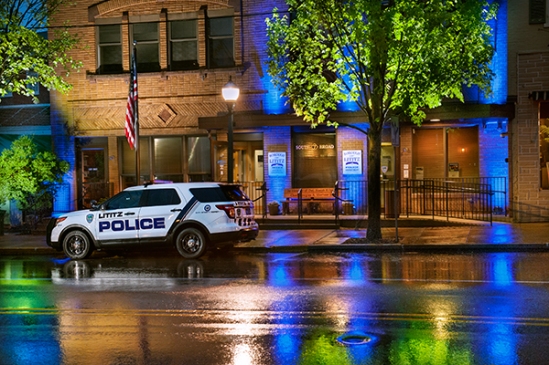 National Police Week was held recently and a local Police department contacted me about possibly doing a shot of their building? A local lighting company illuminated the station and it really looked nice, so I did these two images for them on a rainy evening which added some nice reflections. I lit the building and trees to add some extra pop and that brought the shot together. There was a vehicle parked in front while I did the first shot and thankfully it left and was quickly replaced with a patrol vehicle, so that was perfect timing for the second image. I also lit the bench on the porch which has the names of officers lost in the line of duty and I wanted to set it out front so you could read the names but it was chained to the concrete.